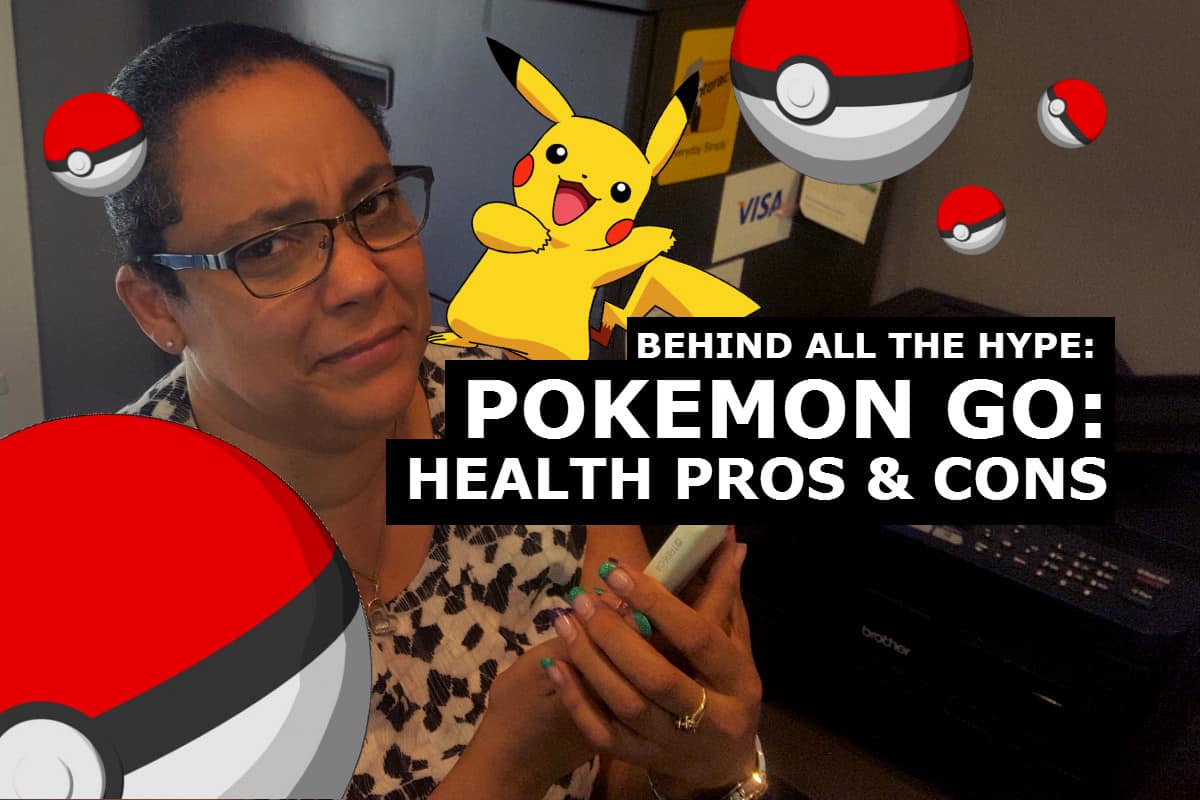 I made an oath.

I shall not drag myself into the abyss of Pokémon Go. Even my co-worker, physiotherapist Ghaith, encouraged me to play it and my response was flat-out: “no”. Don’t get me wrong. Being a kid in the 90s, I grew up collecting Pokémon cards with my classmates. Couple of days ago, I was walking near Elgin Street, close to the City Hall’s park and I was blocked by a herd of humans. Apparently, there is a rare pokémon somewhere in the park.

While I don’t understand the game (like why are we chasing some elusive, imaginary creatures?), I realized that – for those interested in the game -, there are lots of positive health benefits.

1. Getting Some Exercise: The game forces young and old people to get up and move by requiring them to go to physical locations to catch new Pokémon, and to walk a certain number of kilometres to incubate an egg.

2. Boosting Social Confidence: Early research is showing that people with social anxiety or with autism spectrum disorder are now getting into this game, and it’s taking them out of their normal comfort level and going out and interacting with other humans.

3. Connecting With Family: The Pokémon Go game has encouraged a lot of families in Ottawa and worldwide to take their children outside and walk. In the age of technology, many parents suffer from being dissociated from their children because they are being left alone in their room with their mobile, computers and game consoles. This game has an advantage of combining technology while preserving a sense of humanity!

While Pokémon Go has some benefits, it also has some health disadvantages:

1. Negligence of the Surroundings: We often hear of people falling off curbs or sustaining injuries as a result of staring at their mobile and not paying attention to their surroundings while playing this game. Do not play near dangerous traffic. Always look sideways before crossing the road. It’s good to always keep basic safety practices in mind. The last thing you want is to get hit by a car!

2. Neck pain: Just like texting, playing this game with your head overly flexed can induce headaches, neck tension, joints inflammation, acute muscular torticollis, and pain in the arms/hands. Make sure you always play the game with your mobile’s screen being at your eye level, and ensure appropriate breaks from the game.

3. Safety First: It’s also important to avoid playing in dark, isolated areas. There have been reports of trainers being robbed and attacked. Do not let small children wander unattended. Make sure you accompany them and that you know where and when they are going. Teach your children about safety always!

4. Hydrate and Protect Your Skin: Summer days are very hot, so use sunscreen and drink plenty of water before heading outside to play during peak heat times.

If you are one of the millions who are now playing Pokémon Go, I hope you catch ’em all! As for me – I’m sticking to playing Tennis with my friends. At least, the Tennis ball is real and non-virtual (laughing).